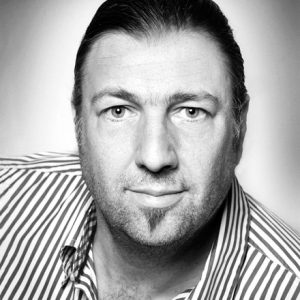 YOUR STORY + HIS EXPERIENCE = YOUR SUCCESS

René van Bakel is an all-rounder. His many years of experience, which he has gained in over 80 countries, enables him to help you visualize your story in order to show your audience what is important for you, your marketing concept, your company, or your publication. His photographic work has been published in major global media such as National Geographic, New York Times, Le Figaro, Vogue, and many others.

René started out as a passionate storytelling photographer more than 20 years ago. Over the years, and after additional education, he has also manifested himself as a journalist, book author, (video) blogger, and workshop leader in Italy (visual storytelling). On top of that, he founded the international image and text agency ASAblanca in Vienna. There he worked as managing director for 6 years before he sold his shares. Photography is still his passion, and he uses it in the implementation of his book projects, but also in setting up and executing your marketing strategies or advertising campaigns.

René and his team are gladly available for you.

Location:
Based in Vienna and Eichgraben (Vienna Forest), Austria. Able to take on any kind of photographic/video/drone assignment in any location where needed.

René van Bakel, born in 1966 in the Netherlands, lives in Eichgraben (Lower Austria). 1992 graduated vocational education photography.  1993 he started work at the press office of the Dutch Ministry of Defense, photographed on location, and operated the in-house image database for national/international media and internal magazines/newspapers. In this role, he traveled in many wars, and crisis areas (e.g., Bosnia-Herzegovina, Rwanda, Arabian Gulf). He has created image/text reports in more than 80 countries around the world. In 1995 he was the winner of the Photoarm Sibiu, an international award for war correspondents (report on Srebrenica, Bosnia-Herzegovina). In 1998 he opened an advertising/portrait studio near Eindhoven (NLD). In 2002 René mainly created travel, lifestyle, culinary, art, culture, and science articles and exclusive portraits for the media. First predominantly in Italy, then worldwide. He has more than 20 years of experience and can help you set up and execute your marketing strategy, book projects, or advertising campaigns. In 2012 he founded the ASAblanca agency in Vienna together with Gerhard Hinterleitner. In 2018 René sold his shares in ASAblanca again in order to concentrate more on other projects. among other things, he is currently working on various book projects, and in 2020 he set up the (video) blog and YouTube channel Dolce Etruria.

Selected Books:
„SPANISH RIDING SCHOOL 450 years“ photographic volume (Edition Lammerhuber) 2015 click here for the book!
„Mein Waldviertel“ 2014 Culinary/Travel/Culture about the Austrian Woodquarter. Published by Styria Books/Pichler Verlag (www.styriabooks.at)
„So schmeckt das Weinviertel“ 2013 Culinary/Travel/Culture about the Austrian Wine Quarter. Published by Styria Books/Pichler Verlag (www.styriabooks.at)
„Tussen hamer en aambeeld“ 1996 (Between hammer and anvil) about the critical situation both the people of Srebrenica and the Dutch battalion found themselves in shortly before the massacre of Srebrenica in 1996.
„Care provided“ 1994 about the care being provided in Goma to the 1 million refugees of the war between the Hutu and Tutsi in Rwanda in 1994.